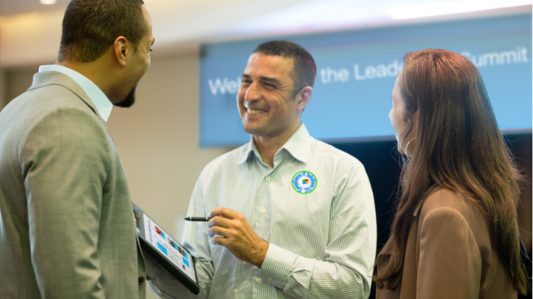 Compliance IT Solutions understand the need for End-to-End migration planning. A successful migration must qualify what all of the "Conditions for Success" are in order to ensure a proper migration methodology.

Each migration will encounter a differing set of obstacles during the migration processing and identifying these obstacles prior to moving the first byte of data will go a long way to allowing your project to be successful. Many of the typical obstacles revolve around the current infrastructure and the limitations it will impose on the project. In most cases the mail server is old and cannot simply absorb the load of Terabytes of data being transferred onto it. It could be that the source archive solution which has helped the mail server by transferring the major storage loads from Exchange has reached it's end of life (EOL) and is no longer a viable platform.

There are two obstacles of which every migration will encounter. These obstacles are TIME and SPACE. Time is a factor as the processing of data is not simply instantaneous and the time to relocate Terabytes of data can be considerable. Space will be the other project constant and is measured by the amount of data to be moved. The compressing of either TIME or SPACE is not possible. The only way to reduce the TIME required for the migration will be to reduce the SPACE or the amount of data being moved. These are the simple laws of physics that constrain every migration. Achieve success by:

Migrating the Email and 3rd party archives as quickly as possible

Retire the Sources as soon as possible

There are several migration LEVERS to review when developing a migration plan. These levers are "Migration Approach", "Data Migration Method", "Stub Options" and "Sync Options".

The first of these lever sets is the "Migration Approach". The approach is centered around the End User experience and is typically classified with one of the three following classifications.

In a Coupled migration, the end user is NEVER separated from any of their data during the migration. This approach is typically going to require more resources in the environment to achieve.

In a Semi-Coupled migration, the end user is separated from some but not all of their data during the migration. This approach is typically going to require fewer resources in the environment to achieve.

In a Decoupled migration, the end user is separated from most of their older data during the migration. This approach is typically going to require the fewest resources in the environment to achieve.

The second set of these lever sets is the "Data Migration Method". The method is centered around the migration tool and the mechanics of migrating the data and is typically classified with one of the two following classifications.

A Containerized migration typically involves the migration of he user data into a container like a PST file.

The End-to-End migration will typically involve the use of a Source and Target Connector which will allow for the data to be migrated directly from one system to another without the need for an intermediate step as in the Containerized method.

The third set of these levers will deal with the end user mailbox when the 3rd party archive has been used and the user has email items which have been "STUBBED" or more simply replaced with pointers to the items which now reside in the archive only. Managing these "STUBS" or "SHORTCUTS" as they are most commonly referred to is a crucial step in a "Coupled or Semi-Coupled" migration. The most common techniques of dealing with them are:

The final set of levers is based on the "Sync Options". Is the migration plan designed to only process a user ONE time or will there be MULTIPLE passes required throughout the project.

The preparation of the Migration Plan when utilizing all of the above LEVERS will provide a comprehensive view of the overall migration. The best way to visualize how these Levers work together is most easily represented by the graphic below. A migration plan is typically centered on 3 axes. The first axis is the User Experience, the second axis is the Expense of the migration and the final axis is the Time required to complete the migration. The change of any one axis has an affect on the other two axes.

So to recap, SUCCESS requires that the migration processes stay as close to the success criteria as possible.

Click or Call today to get started with your migration project!

​For more information on planning a migration, take a look at these LinkedIn articles written by Kevin Thacker(How to Plan Email and Email Archive Migrations)

Planning is the KEY to a SUCCESSFUL Migration